On April 26, 2016, in Television & Video Production, by Television Faculty 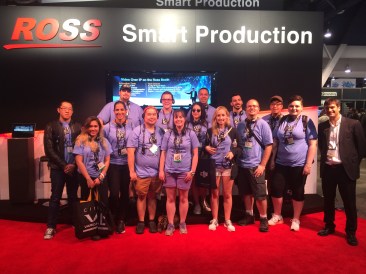 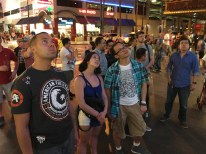 For the sixth consecutive year, students and faculty from the Television & Video Production Program have made their way to the largest broadcast and media trade show in North America – The National Association of Broadcasters Convention (aka NABShow).  Students manage all of the fundraising and travel logistics to enable them to attend the event – a real challenge this time around due to the Canadian Dollar exchange rate!

Though the primary focus of the show is technology, with manufacturers from all over the world presenting their latest and greatest broadcast and new-media hardware and software, it’s also a great networking opportunity for students!  With over 103,000 attendees from 187 countries at the show, broadcasters from across Canada and around the world are interacting and socializing with BCIT students every day!

As always, BCIT’s Television students have made a highly-visible, overwhelmingly positive impression on show attendees and exhibitors this year, and this participation has been warmly welcomed by Canadian broadcasters and media representatives.  Students taking part in these events are a strong reminder of BCIT’s ongoing commitment to providing opportunities for BC students to obtain a world-class broadcast education!