They blinded us with SCIENCE! Commercial Videos Uploaded

On April 20, 2010, in Television & Video Production, by Television Faculty

BCIT Television & Video Production’s very own Ashif Jivraj headed down to NAB 2010 in Las Vegas, Nevada last week to check out the latest and greatest from the film and television production community. 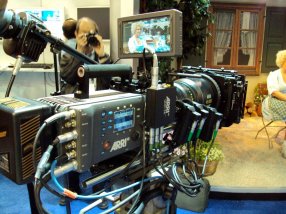 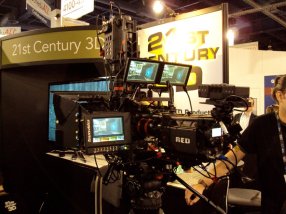 Movie studios and Television Executives are going gangbusters for 3D.  Of course the main reason is that it increases their revenue stream, but when used correctly (see Avatar), it can be a nice way to give viewers an immersive cinematic experience (or motion sickness).

One of the other big releases was a new camera by ARRI, Alexa.  The writing seems to be on the wall for traditional filmmakers, and ARRI, one of the industry leaders in film technology is rapidly adapting to a new digital production system.  The industry was taken unaware when the RED One was released a couple of years back.  Now the industry is playing catch-up and new production options are appearing on an almost daily basis.

Taking a different cinematic path, Digital SLRs (the Canon 5D Mk II) and the more reasonably-priced 7D are making decent production inroads judging from the number of productions they are being used in.  A recent EnGadget post talks about the 5D being used to shoot the season finale of the series “House” (airing on May 17th).